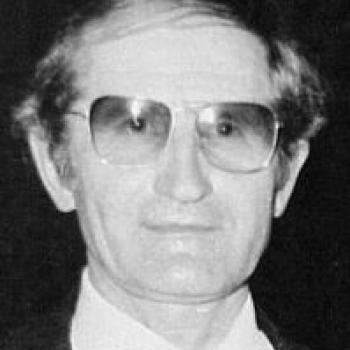 Father Mouchet played an instrumental role introducing the sport of cross country skiing to the North in the 1950s and beyond. Father Mouchet was an Oblate priest who came to Northern Canada in 1946, from his hometown of Malbuisson, France. He was initially posted in Telegraph Creek, BC, but then was posted to Old Crow, Inuvik, Whitehorse and Ross River.

While living in Inuvik, Father Mouchet founded the Territorial Experimental Ski Training (TEST) Program. This program was supported by the NWT Government to develop an outdoor education program in Inuvik. The TEST program grew to include many Northern communities, including the home base of the program in Old Crow, Yukon. It was Father Mouchet’s hope that providing the community with competitive and recreational sports training it would serve in delivering “more self-esteem and confidence, motivation and a tool for the rest of their lives in a complex and complicated world”. The inspiration that cultivated from this program stimulated ski club development and cross country ski training programs in communities across the Northwest Territories.

The TEST Program developed into a World-Class training program for Canada’s top cross-country ski athletes. NWT-born Sharon and Shirley Firth, 1972, 1976, 1980 & 1984 Canadian Olympic Cross-Country Ski athletes, were products of the TEST program. The program left a legacy that not only spreads across the Northwest Territories, but the Yukon as well.

Father Mouchet has been recognized locally, nationally and internationally. He was inducted in the Yukon Sports Hall of Fame in 1980, awarded the Yukon Commissioner’s Award in 1981, awarded the Chevalier de l’Ordre National due Merite in 1987 from the French Government, and was awarded the Order of Canada in 1993.