Recently, Brendan and Rosanna were selected to compete in a unique biathlon event showcasing some of the world’s top biathletes. The annual competition is a mixed relay invitational event held near the city of Dussledorf during the Christmas season. This was only the second time a Canadian team has participated in the 16 year history of the event.

The event is staged in an indoor soccer stadium packed to capacity with over 45,000 exuberant fans. It contains a shooting range surrounded by bullet proof glass, as well as 10,000 cubic feet of manmade snow formed into1.3 km skiing loop.

The race is a two stage event, the first stage being a Mass Start format. After a brief 15 minute break, the race continues with a Pursuit format, in which the teams starting position is based on their finish time in the Mass Start.

Both Brendan and Rosanna had some difficulties cleaning their targets in the first stage, but their shooting went a lot better in the Pursuit. After a number of clean shooting stages, they managed to climb to 4th place, and a podium finish seemed within reach. However, a few missed targets set them back. In an exciting sprint to the finish, Brendan was challenging for 5th place, but was boxed in. Unable to pass, the team had to settle for 7th place, but still the best Canadian result to date. Only 0.4 seconds separated the 5th, 6th and 7th place teams. The prestigious event was televised live throughout Germany and many other European countries.

A communication from Rosanna indicates that they were later awarded 6th place in the Schalke following a disqualification:

“One of the cool things we got to do this week was compete in World Team race auf Schalke! This is a race were 10 two person teams compete in a soccer stadium with over 45 000 people! Here is a link to the race. https://www.youtube.com/watch?v=srce5goEtp8 and an article from Faster Skier. http://fasterskier.com/fsarticle/crawford-green-seventh-bucket-list-type-event-biathlon-auf-schalke/  We finished 6th in this race (one team got bumped to last after missing a penalty loop) Which was pretty exciting!”

N.W.T Biathlon congratulates Brendan and Rosanna on their fine performance.

Brendan will take the start on the World Cup 4 Sprint in Oberhof this coming Friday. The next few races will be critical for Brendan, as a good result could clinch his spot on Biathlon Canada’s 5 man Olympic Team. Brendan is currently ranked 4th in the team’s Olympic ranking. 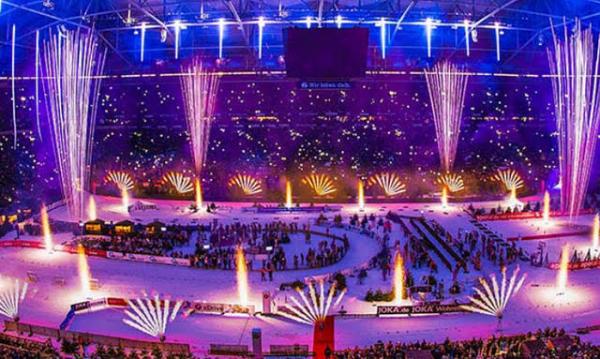