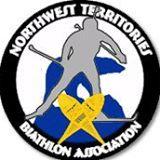 Brendan had planned to retire in 2016. Last season, Brendan was sidelined and had to miss out on a few early season World Cup races when his herniated disc injury flared up. However, retirement did not seem appropriate in the wake of last season’s success, when he recovered to anchor the men’s relay team to a historic bronze medal podium finish at the Biathlon World Championships.

Brendan has now completed one of his better summer training seasons. It was started by taking some time off in the spring to give his back a complete rest. The resting period was followed up with a new training regime focusing on building core strength. Another benefit came with the opportunity to train on snow in New Zealand over the summer –the result of a funding increase the biathlon team received after their podium finish. These changes to his program appear to be paying off. Recently in Canmore, he won the “King of the Mountain” title by winning the first sets of on snow ski races competing against his team mates, other top skiers and members of the Ukrainian national team.

Based on his World Cup results from last season, Brendan was pre-selected to the Canada A Team to race in the first set of the IBU World Cup Biathlon events. Brendan heads to Europe this week with the National Team for World Cup 1 in Oestersund, Sweden. The Canadian team’s start list for the two opening relays getting underway Nov. 27 has not yet been established. If all goes well, there is a good chance he will be involved in one of these relays. In addition, he will be starting in the Individual and Sprint races to follow later in the week.

Brendan’s training and recent activities were featured in an online article in Faster Skier at: http://fasterskier.com/fsarticle/green-focuses-on-core-to-remedy-back-and-rev-up-for-another-season/

All World Cup Biathlon races can be viewed via live streaming at: http://www.biathlonworld.com/en/home.html.