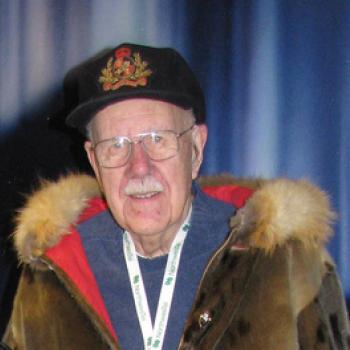 At the 1967 Canada Winter Games in Quebec City Commissioner Stuart M. Hodgson and Commissioner of the Yukon, James Smith looked on while their teams were consistently overpowered in competition. It was their dream to create a games that would engage northern athletes with friendly competition while sharing cultural values. After expressing concerns about the limited access of competition offered to northern athletes and coaches, as well as the lopsided scores they experienced at competitions in the south with Alaska’s Govenor, Walter Hikel, the three colleagues founded the Arctic Winter Games in 1969. This would be a forum where athletes from the ‘Circumpolar North’ could compete on their own terms, on their own turf.

The first Arctic Winter Games was held in 1970 in Yellowknife, NT with competing athletes from Alaska, Yukon and the Northwest Territories. The Arctic Winter Games has proven to be a unique international circumpolar competition where athletes can develop and enhance their skills with other athletes across the north. The games have since grown to include Nunavut, Nunavik, Northern Alberta, Greenland, Russia and the Sapmi Region. The lasting legacy promised from the first Arctic Winter Games in 1970 has shone through to every games hosted and through to every athlete who has competed in the games.

At each Arctic Winter Games, the International Committee presents the Hodgson trophy to the contingent whose athletes best exemplify the ideals of fair play and team spirit. This trophy was donated in 1978 by Commissioner Hodgson.

In 1971 Stuart was received the Officer of the Order of Canada. In 1976 he received the Public Service's Outstanding Achievement Award and just recently in June 2012 he was awarded the Queen Elizabeth II Diamond Jubilee Medal.