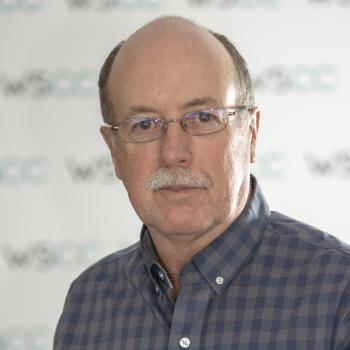 Abe Theil is a lifelong supporter of sport in the north, beginning with his own school experiences in Yellowknife and continuing to the present. As an athlete, coach official, Territorial Sport Organization executive and Sport North executive he has worked tirelessly to support and develop sport at all levels throughout the North.

Within the volleyball community Abe is known for his years of work to improve opportunities for players across the North, and recognized by provincial and national associations for bringing a  northern perspective to the national volleyball stage. Abe is best known for his work at Sport North where he served as a board member and Chair of the Finance Committee for 8 years, before being elected President. Abe was the President of Sport North Federation from 2001 to 2009, and then served as Past President until 2013 and as a member of the Finance Committee until 2016.  In 2009 Abe was appointed to the board of the NWT Sport and Recreation Council and served until 2018.

Abe has lived in the North since his childhood, including 2 years in Inuvik and has worked in many smaller communities throughout the NWT and Nunavut. Because of this, he can provide firsthand knowledge of the challenges that exist across the North, thus he can also bring a Pan-Northern understanding to issues that face sport in the North.

A gifted athlete in his own right, Abe has participated in volleyball at all levels, from local club events to National competitions, to Arctic Winter Games and World Masters Games.  Abe first attended the Arctic Winter Games in 1972 as a member of the Junior Volleyball Team. He competed 9 more times after that in the Open Male category for volleyball.  His last set of Games as an athlete was in 1998, when the open category was discontinued.